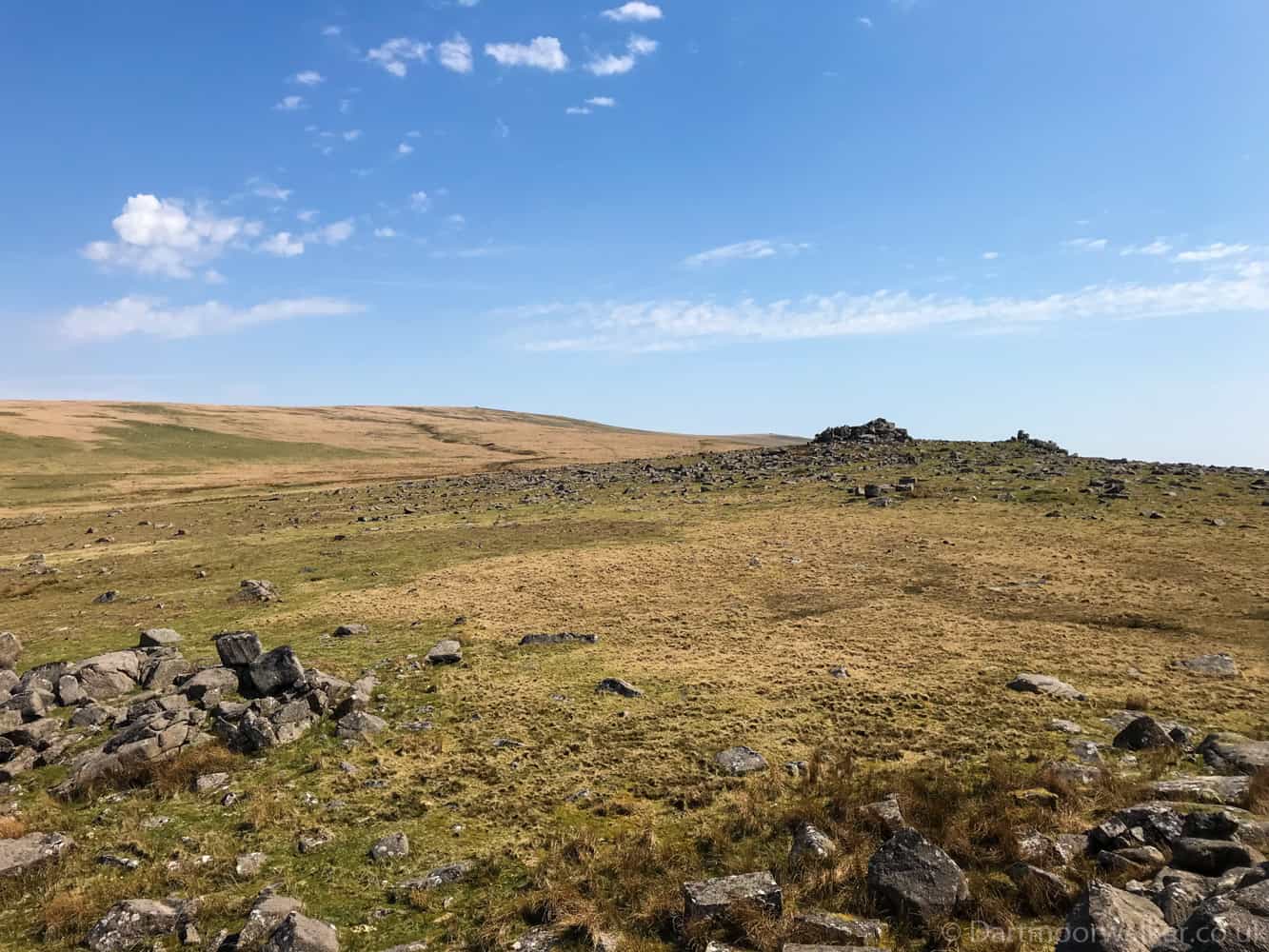 Time for something a little more adventurous and ‘off-piste’. In all the years I have lived in this area and with all the walking and Tor bagging I have done, I had never visited the Trowlesworthy Tors close to Cadover Bridge. These two Tors sit on Lee Moor close to Shell Top and Langcombe Hill and adjacent to Legis Tor which is across the other side of The Plym. 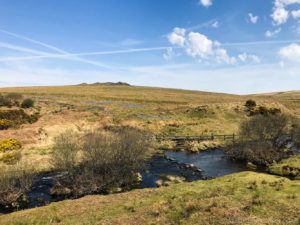 I parked my car at Trowlesworthy Car Park (SX563644 / PL7 5EJ) and set off along the track that leads to Trowlesworthy Farm. Where the track and the River Plym part ways, I continued to follow the course of the river as it wound around to the right and disappears in a small valley. Originally my plan was to cross the river and head up to claim Legis Tor before crossing back over and heading up to the Trowlesworthy Tors however as I followed the river further up I struggled to find an easy place to cross without having to take off my boots and wade. The river was in full flow and it made the crossing tricky. As I wasn’t walking with my poles on this occasion I decided against chancing it and risking injury, instead heading up the steep side of the valley toward Little Trowlesworthy Tor.

As I climbed the steep hill the Moor to the north started to open out and come into view. With the weather clear I was able to see right up into the Moor with Ditsworthy, Gutter Tor and all the Tors around Burrator becoming visible….. It’s quite a view on a clear day. After about 300m, Little Trowlesworthy came into view and I realised that Little Trowlesworthy doesn’t live up to its name… It’s anything but little! As you approach it from that angle you first come across two large rows of stone that seem to have been deliberately placed and this is because as you push a little closer to the Tor it becomes very obvious that it was quarried extensively at some point. From everything I have read, the quarry was particularly active in the early to mid-1800’s when Little Trowlesworthy’s Pink Granite was extracted straight from the side of the Tor. The quarry and spoil is clearly visible all over the site and there are also several artefacts lying around including part of a rather large granite cylinder over 1.5m across which was made to hold a flagpole but was abandoned before it was finished. 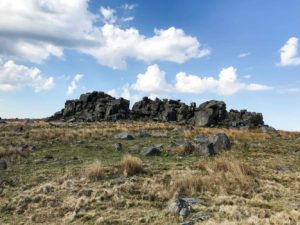 Leaving Little Trowlesworthy I headed SE the 300m to Great Trowlesworthy Tor which consists of several impressive stacks of granite. A little scramble saw me sitting atop one of the large stacks and able to enjoy a rather amazing view stretching from Plymouth Sound all the way out to the North Moor… a good spot for a cuppa and an hour to relax and take it all in. Unfortunately while was sat up there the rain clouds started to gather and although initially they looked as though they wouldn’t deliver anything, as I started to walk away from Great Trowlesworthy toward the clay pits at Lee Moor, the heavens opened with a couple of short sharp showers. Luckily it was quite warm so it wasn’t a great problem and as I’d left my waterproof jacket at home, I was thankful it was.

I decided rather than taking a direct straight line back to the car that I would take in the massive China Clay pits that blight the landscape on this part of the moor. China Clay (Kaolin) has been mined on Lee Moor since the mid 1700’s and is part of the larger deposits found down in Cornwall. Combined, these deposits are the largest in the world and generate over £150 million annually for the local economies of the two counties. China Clay is mined by using high pressure water monitors to blast it from the ground where it’s washed into the bottom of the pit. From here it’s sucked up, filtered, processed and dried. The powder is then sent all over the world to be used in making paper, paint and porcelain among other things.

I followed the edge of the massive pits until I hit the road close to Blackaton Cross (SX570630). From here it was an easy walk back down to the car park and the end of the walk.

Difficulty
This walk is 6.6km / 4.1mi
No part of this route crosses into any military ranges
There are no bogs
Some challenging terrain but overall pretty easy