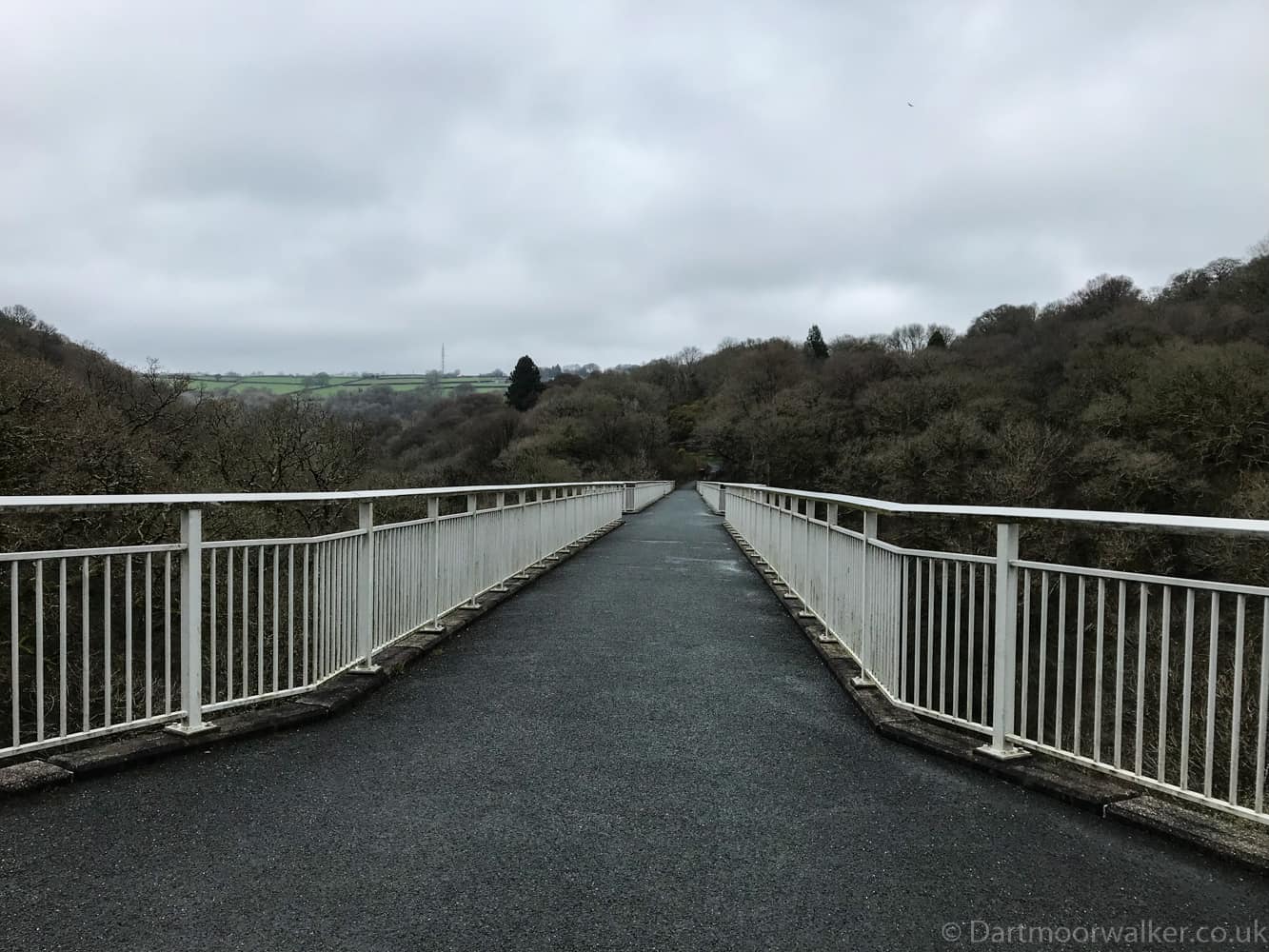 So, something a little different this week; not really a ‘Moor walk’ but one that still bagged me a couple of Dartmoor 365 squares. On the edge of the 365 map are a few squares that lie within the Dartmoor National Park boundary but don’t really involve any Moor. Three of these squares contain the old Horrabridge to Tavistock railway line and the resurrected bridge over the River Walkham close to Grenofen. I walked this route several years ago with my Mum however back then you had to descend down to the river and cross a makeshift bridge as the new ‘Gem Bridge’ hasn’t been constructed. So I decided it was time to revisit this one and claim another three 365 squares while I was at it.

I parked my car in the little car park close to Long Ash Garden Centre (SX497694 / PL20 7LL) and set off west across an area of common moorland locally known as ‘Pound’. This area is very popular with dog walkers and offers some stunning views across to Cox Tor, Great Staple Tor and Great Mis Tor on a good day. Unfortunately the day I chose was grey and misty so no views to be had. When I had walked this route before I had walked it in the opposite direction so I had to use Sat Nav to help me find the track to follow down through Sticklepath Wood as its not well-marked but once I had found it I was able to make my way down the very steep stone track toward Grenofen Bridge. Grenofen is beautiful whatever the weather; a small stone bridge crosses the River Walkham in the middle of the woods and there is something rather magical down there. It’s a popular spot for dog walkers and tourists however I was there quite early in the morning so only a solitary car was parked up in the car park and I had the place to myself. 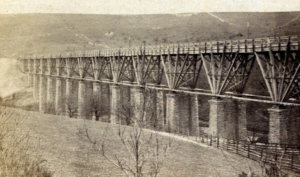 I crossed the bridge and turned right onto the Cycle Track (#27) and after a little climb up through the woods it runs parallel to the Walkham for a couple of hundred meters. Suddenly you are presented with the Walkham Valley opening up before you and Gem Bridge crossing it. It’s sits in the footprint of the original Walkham Viaduct which was designed and built by Isambard Kingdom Brunel in around 1859 and demolished in 1965 after the closure of the railway. The original bridge was a wooden construction sitting on large stone pillars while the replacement was more modern steel with a tarmacked deck. In fact on approach to Gem Bridge you can see the bases of some of the original pillars and I believe that some of the original stonework was used in the foundations of the new steel replacement.

Gem Bridge sits 24m above the River Walkham and is just over 200m in length. The deck is quite wide and open with observation areas situated over the supporting pillars. I found as I neared the centre of the bridge that it actually wobbled in the strong breeze that was blowing up the Walkham Valley that morning. It was a little unnerving to say the least. The views from the bridge are actually quite limited and are mainly woodland and the river below. Once across the Bridge you start walking along the old Horrabridge to Tavistock rail bed which has now been tarmacked and is part of the National Cycle Network (Route 27). It’s possible to ride from Tavistock all the way to Plymouth on this route. 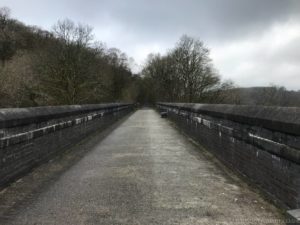 As you walk along the track it’s nice to see that a lot of evidence of its railway heritage have been left. There are several brick ‘bunkers’ (maybe sand bunkers?) and plenty of GWR fencing. After about 1km you come across the largest railway artefact, the 100m long brick viaduct at Magpie. Unlike Gem Bridge, this thing is solid! It sits 24m above the ground below and is supported by five huge arches. As you walk across the viaduct there are blocks you can climb on to give you a better view over the parapet however looking down certainly gave me shaky knees!

Continuing on you eventually come to a development of houses which sit on the old Horrabridge Station site. Although there isn’t anything much to see there, I know that some of the houses that sit behind still have the original GWR retaining walls and the old embankment is still littered with ‘clinker’ from the old locomotives. Soon it was time to leave the track and head back up toward Long Ash. Just past the houses there was a bridleway back up onto the Moor and after a short steep climb I found myself back up on ‘Pound’ and pushing right across the common, soon enough I was back to the car. As I said at the beginning, this wasn’t really a ‘Moor’ walk however it’s a very pretty and interesting route that takes in some really lovely scenery along the way.

Difficulty
This walk is 6.5km / 4.1mi
No part of this route crosses into any military ranges
There are no bogs
Easy